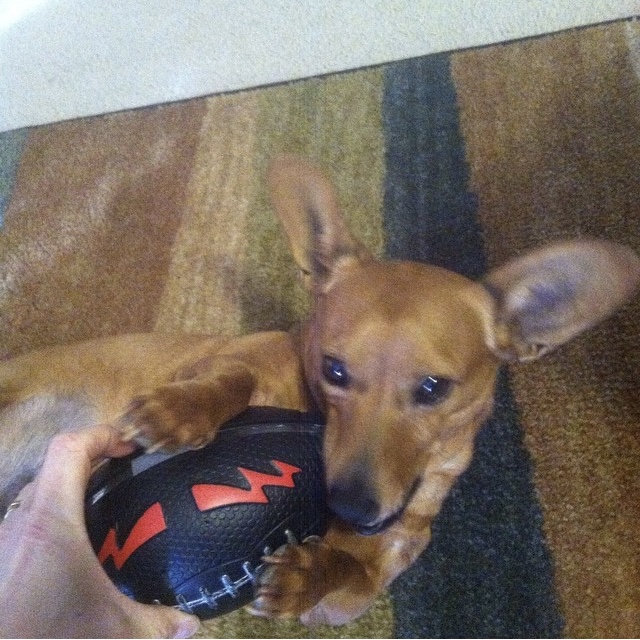 Our boy is a 12 year old Chiweenie named Romeo. He is loyal, hilarious, adorable, vocal, and unlike any other furbaby I’ve ever known. He deserves a million awards but will settle for just one. ☺️ He loves footballs so his costume is a sacked quarterback. He is quite the licker even on glass doors and definitely gives lots of kisses! He is an old guy and loves to cuddle with his stuffed animals. For most unique well just look at those ears ! -they kept that bowl from sliding right off his head.