The Carroll County Humane Society, Inc., a 501(c)3 non-profit organization, was founded in 1970. Since its inception, the CCHS has helped to build a better community for people and animals alike.

Following its May 1982 reorganization, the CCHS successfully campaigned to establish a countywide animal control service. After three years of letters, public opinion surveys, and meetings with city and county officials, the Carroll County Animal Control (CCAC) facility was expanded and improved.

Four of the counties surrounding Carroll County – Cleburne and Randolph in Alabama and Haralson and Heard in Georgia – had no form of animal control at one time. Because of the large number of stray and abandoned animals in the West Georgia/East Alabama area, rabies outbreaks became a proven concern. The CCHS responded by providing a series of low-cost rabies clinics from 1986 till 2000 to make it easier for people in outlying communities to have their animals vaccinated.

To reduce the number of animals euthanized at the CCAC facility, the CCHS began offering financial assistance in 1990 to help owners spay/neuter animals adopted from the county facility. In 1991, the Society began an ongoing effort to encourage adoption of animals from the CCAC by publicizing adoptable animals through local radio and television stations and newspapers. These animals are publicized on the CCHS website at http://carrollcountyhumane.org, the Petfinder, Adopt-A-Pet, and Pets911 websites, and many others through a portal service.

To increase the number of healthy, altered animals adopted from the CCAC, the CCHS launched its Foster and Adoption Program in 1998. Through this program, animals are selected from the Shelter, checked by a veterinarian, tested for disease, vaccinated, and spayed or neutered prior to adoption. CCHS foster pets are currently being transported to the Douglasville PetSmart every Sunday for adoption events. Foster pets are also featured on the CCHS website.

In October 1999, the CCHS began a Saturday Shelter Volunteer Program designed to heighten community awareness and involvement with the Shelter. Advertising, recruiting, and scheduling of volunteers are the sole responsibility of CCHS. On Saturdays, volunteers from CCHS and the community at large help socialize adoptable animals by exercising and giving them a little extra human contact.

In that same year, the CCHS began its Low Cost Spay/Neuter Certificate Program funded by the Warren P. and Ava F. Sewell Foundation. This program helped fund the spay/neuter of over 500 animals and was available to anyone in the West Georgia/East Alabama area whose income did not exceed $30,000.

In 2000, the CCHS presented a Dog Bite Prevention Program to over 500 local five and six year olds and created, along with the Carroll County Fire and Rescue, a Displaced Pet Program which provides temporary housing for pets displaced from their homes due to fire or other disasters.

The CCHS presented a workshop on the link between animal abuse and domestic violence called The First Strike Program. This daylong seminar, funded by a grant from the Zachariah Foundation, was attended by personnel from law enforcement, government, medical and social service agencies, and educators.

In 2007, CCHS raised funds to open the West Georgia Spay-Neuter Clinic, a high-volume, low-cost clinic which serves pet owners in the region. In the first year of operation, the Clinic performed 3,500 spay-neuter surgeries. Due to the inability of some pet owners to afford the clinic fees, two funds were established subsidize these Carroll County residents – the Sewell Fund for cats and the Fix Fido Fund for dogs.

In the same year, the Society earned a $3,000 grant from the Community Foundation of West Georgia to fund a subscription to KIND News for all 1st and 3rd graders in the city and county schools. The subscription has been carried on to date with the generous financial support of the Alice H. Richards Charitable Foundation and the Wal-Mart Foundation.

Responding to the economic recession which began in 2008, CCHS set a pet food bank called the Empty Pet Bowls program, which provides free pet food to pet owners who are receiving federal or state financial aid or whose household income is less than $30K annually. The pet food bank relies on donations from civic groups and individuals primarily and is housed at the Carroll County Animal Shelter.

The Society has several ongoing efforts to reach out to the community. Paw Prints, the CCHS newsletter, was published four times a year and distributed to CCHS members, veterinarians, local government officials, and other interested parties. In 2010, the Society adopted an e-newsletter format, which is published on a regular basis. Local events such as Carrollton Mayfest and the October Fun Dog Show provide opportunities to gather information about the community’s needs, increase public awareness of the services CCHS offers, and foster attitudes and practices of responsible pet ownership.

The Carroll County Humane Society, Inc., a 501(c)3 non-profit organization, was founded in 1970. Since its inception, the CCHS has helped to build a better community for people and animals alike.

The Carroll County Humane Society's Angel Fund is dedicated to insuring that no companion animal has to suffer needlessly or be euthanized simply because its caretaker is financially challenged.

If you are interest in becoming a sponsor and helping us provide more support to the animals and their owners of Carroll County, feel free to contact us. 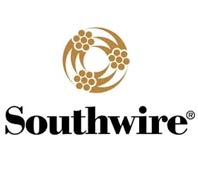 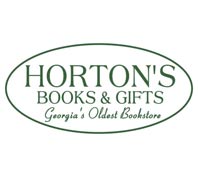 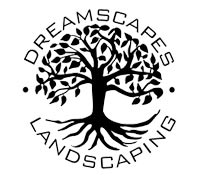 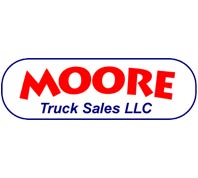 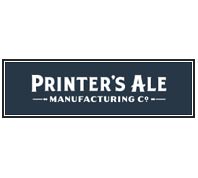 Empty Pet Bowl Food Pantry.
Food will be distributed at 102 Tuggle Street, our headquarters, on the second and fourth Saturday of the month from Noon until 4pm.